It’s been a bit of a blur what with moving, work, Christmas and stuff and so blogging was on hold for the past few weeks.

I’m back at work and we’re getting into our new routines so it’s time to share some progress from the past couple of weeks.

We have ripped up all the carpet and it’s smelling much better.

We’ve knocked down two wardrobes and have discovered two fireplaces or we will when we knock out the walls.

We have a functional living room with furniture which is quite nice apart from sticky floorboards!

And we have a large kitchen with rather interesting pipes.

We’ve drawn up new plans for the bathroom and kitchen and have a structural engineer coming on Thursday to tell us if we can knock down the fourth bedroom for our giant (by London standards) kitchen.

And we’ve put lots of ideas on Pinterest so we know what it’s all going to look like.

It’s been challenging and at times uncomfortable but we’ve made a lot of progress and things are feeling much better.

Hard to believe it’s been a month already! 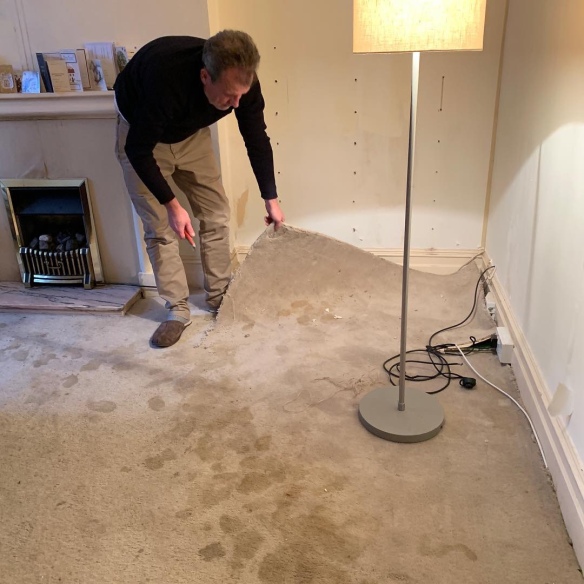 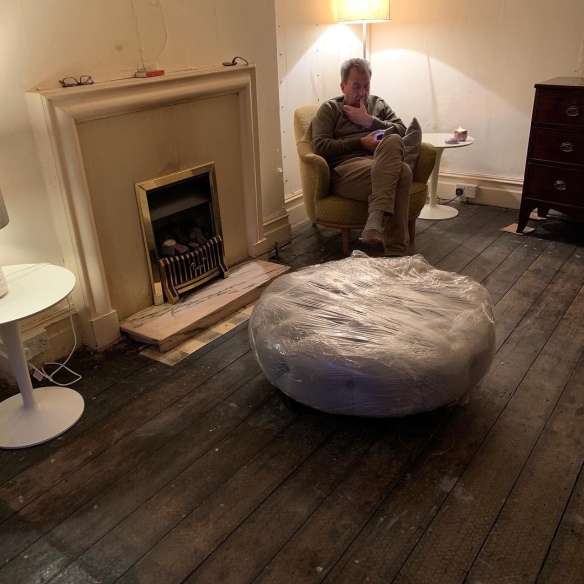 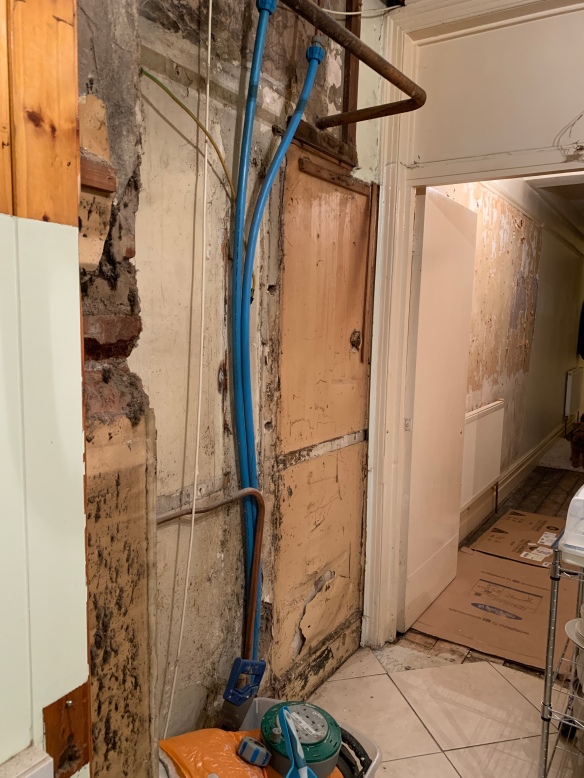 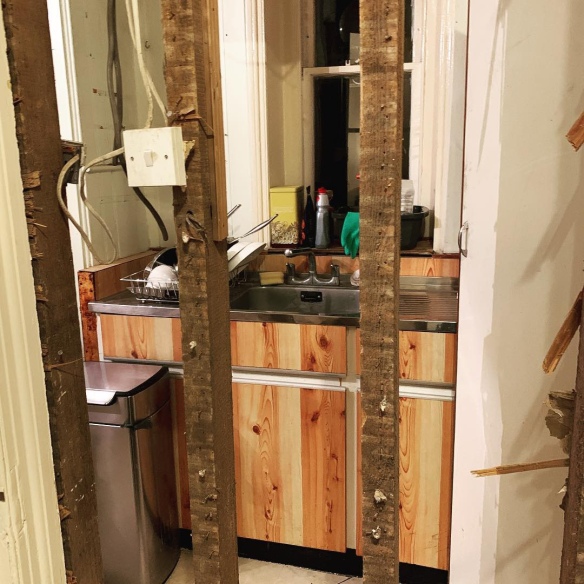 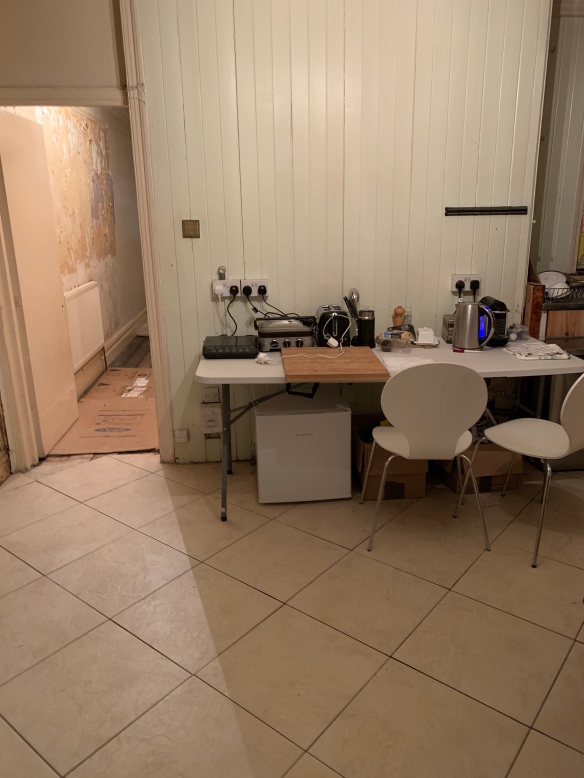 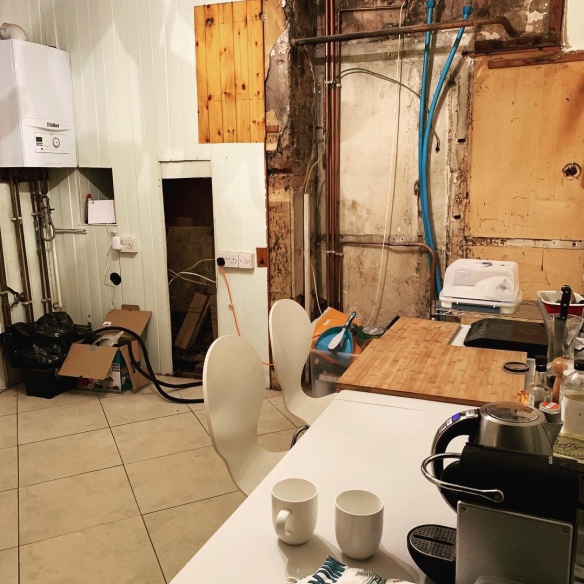 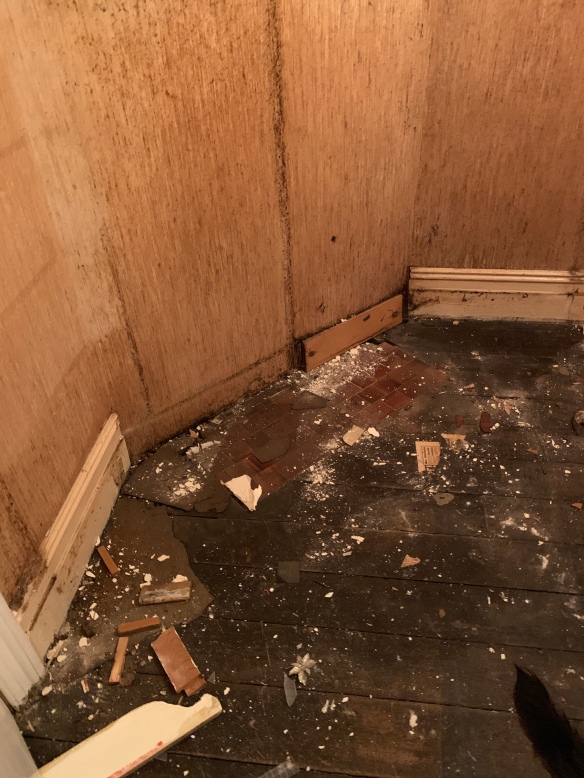